May 20 Posted by Sherry Pinney-Phillips in Association News 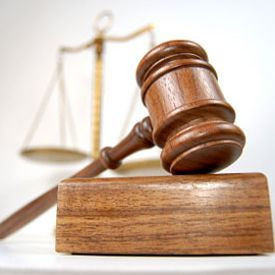 In February 2019, homes by RYAN (HBR), an NAHB developer member in Pittsford, N.Y., applied to the Legal Action Fund for help with legal costs and strategies to challenge a zoning change within its municipality.

In 2007, HBR applied for and received a rezoning approval from Residential Agriculture District RA-5 to Planned Unit Development (PUD) to develop a 54-lot subdivision on an 87-acre parcel. The project was put on hold indefinitely after the 2008 economic crisis.

In 2016, HBR partnered with another NAHB member, Riedman Homes, and applied for a modification to the PUD approval to meet changing market demands. They sought approval to build 95 homes on smaller lots, while preserving approximately 50 acres for open space. It took 14 months of hearings, but HBR eventually received a favorable recommendation from the Planning Board, which required only Town Board consent. The Town Board did not consider the Planning Board’s favorable recommendation and sought to unilaterally revoke the PUD rezoning for the parcel, void an existing intermunicipal sewer agreement, and change the Town Code to eliminate the PUD zoning classification without updating their Comprehensive Plan.

HBR challenged the Town Board in court in early 2019, and NAHB’s Legal Action Fund has been there from the beginning. The case was ultimately successful this month. We recently spoke with Chuck Ryan of HBR to help shed some light on how he and the Legal Action Fund won this victory and what it might mean for other NAHB members.

NAHB: Tell us in your own words how the outcome of this case turned into a victory for you and NAHB’s Legal Action Fund.

Chuck Ryan: We had no choice but to bring an action against the Town Board in January 2019. In July 2019, we received a very favorable ruling from the New York State Supreme Court finding that the Town Board’s actions were improper and awarding us reimbursement of our legal expenses since our constitutional rights of due process and equal protection had been violated. The town appealed in early 2020. Then COVID hit. The Appellate Division finally heard oral arguments in October 2020. On May 7, 2021, it rendered its decision. which upheld virtually all the lower court’s findings, except for reversing the award of the legal expenses (which we expected). The PUD zoning and intermunicipal sewer agreement remained intact.

NAHB: This issue is one faced by all of our builder and developer members. What made you decide to pursue this case?

CR: The Town Board’s actions in this matter were so egregious, they simply could not stand. Zoning changes without proper notice and legal procedures would lead to chaos and add huge risk to land development. It became clear that the municipality’s actions were taken despite knowing they were on weak legal footing. That did not seem to matter; the objective was to slow or delay the development. Now that the appeal process has been completed, it appears that the Town Board’s whole strategy was to show the public that they did all they could to hinder the proposed development.

NAHB: What advice would you give to other NAHB members when taking on an issue like yours?

CR: In the words of the late NC State basketball coach Jim Valvano, “Don’t give up, don’t ever give up.” It is always best to come to a reasonable resolution with local government without litigation. That should be the first step. In this case, it was not possible. The court system is slow, and COVID only lengthened the timelines, which was out of our control. The NAHB Legal Action Committee stuck with us all the way through. Their guidance and support were invaluable. I would encourage all members to reach out to them as the need arises.

Apply for assistance from the Legal Action Fund at nahb.org/legalfund. Deadlines apply.